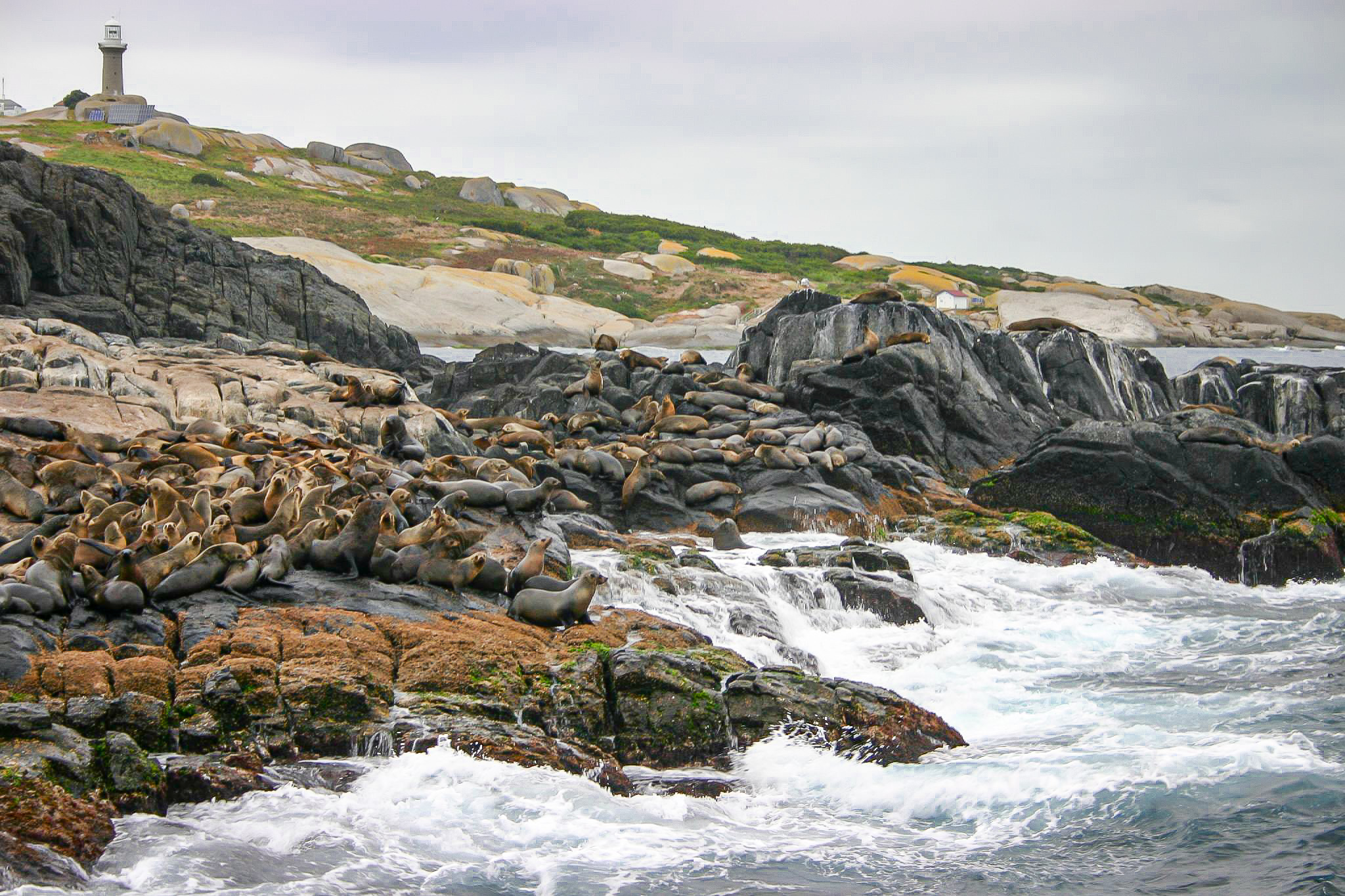 Emergency response agencies gathered in Narooma (12-14 May) to practice their role in protecting the pristine NSW coastline from a major marine pollution incident.

Named Exercise Barunguba after the Indigenous name for nearby Montague Island, the exercise imagined a tanker vessel striking an unidentified object offshore and losing 800 tonnes of oil into the marine environment.

The two-day operation put around 120 emergency response specialists to the test by simulating a real-time response to an oil spill to practice and refine NSW’s emergency management plans.

Led by Transport for NSW, the exercise brought together specialists from the state’s key agencies, including Port Authority of NSW, NSW Police and Fire and Rescue, at a mock-up Incident Control Centre based in Narooma. 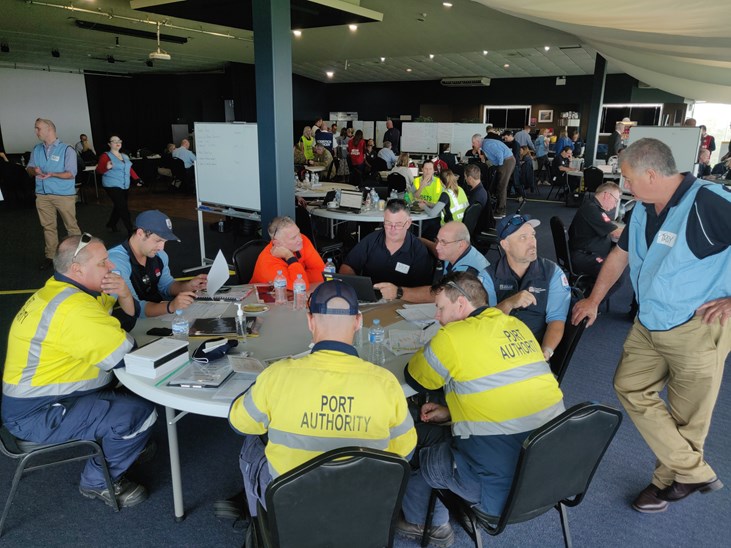 “A pollution incident at sea moves quickly, so a situation like this requires a rapid response,” says Sarah Marshall. Port Authority’s General Manager, Operations in Sydney and planning officer at the exercise.

“Plans look great on paper but they have to be put to the test. In a real-life situation a well-executed plan relies on communication, collaboration and cooperation between people from multiple agencies, and exercises like this give us a valuable opportunity to work together as if it’s the real thing.”

Briefed with the emerging incident, the assembled teams at the control centre put plans into action to coordinate the real-time response to operation teams out in the field.

Aircraft, helicopters and drones were deployed to locate areas affected by the spill so technical modelling could show where and when the spill would reach the shoreline.

In anticipation of contact with the coastline, shoreline response teams were rapidly deployed along the coast to set up decontamination sites to prepare for the expected clean up. Meanwhile, back in the air, aircraft over the sea practiced deploying a dispersant that helps break up an oil slick into small droplets that can be diluted throughout the water. "The first 24-hours of an emergency response is vital to containing the incident and minimising and mitigating as many impacts as possible,” says Dan Duemmer, Port Authority’s Manager, Marine Operations - Botany and lead of the shoreline response team.

"Our teams deploy along the coast and need to be in the right place for the most effective response. The need for accurate and timely information in a fast-developing situation is essential. These exercises let our teams build relationships and understandings that improves our collective capabilities for a rapid response.”

A marine pollution incident close to Narooma and Montague Island could have a serious impact on wildlife, particularly the area’s populations of seals and little penguins. As part of the State’s emergency plans, Port Authority stores and maintains a wildlife cleaning station at Glebe Island in Sydney ready to be deployed to maritime incidents across the state within 24-hours' notice.

The specialised container was set up in central Narooma for the exercise where wildlife experts from Taronga Zoo and NSW National Parks and Wildlife Service mapped out for process for managing the treatment of affected wildlife and their long-term rehabilitation.

The NSW coastline is vulnerable to a variety of manmade and natural marine incidents that could put our environment, economies, infrastructure, industries and communities at risk.

Port Authority of New South Wales is part of a network of organisations that work together to protect the coastline and port environments from maritime incidents. Responding to all port-related incidents within Sydney Harbour, Port Botany, Port Kembla, Newcastle Harbour, Port of Eden and Port of Yamba, Port Authority is also the lead agency for responses to maritime incidents and marine pollution from Fingal Head, Port Stephens to Gerroa, south of Port Kembla and operates a fleet of vessels and specialised equipment used for fire-fighting, oil spill response, salvage and vessel assistance anywhere in these waters.